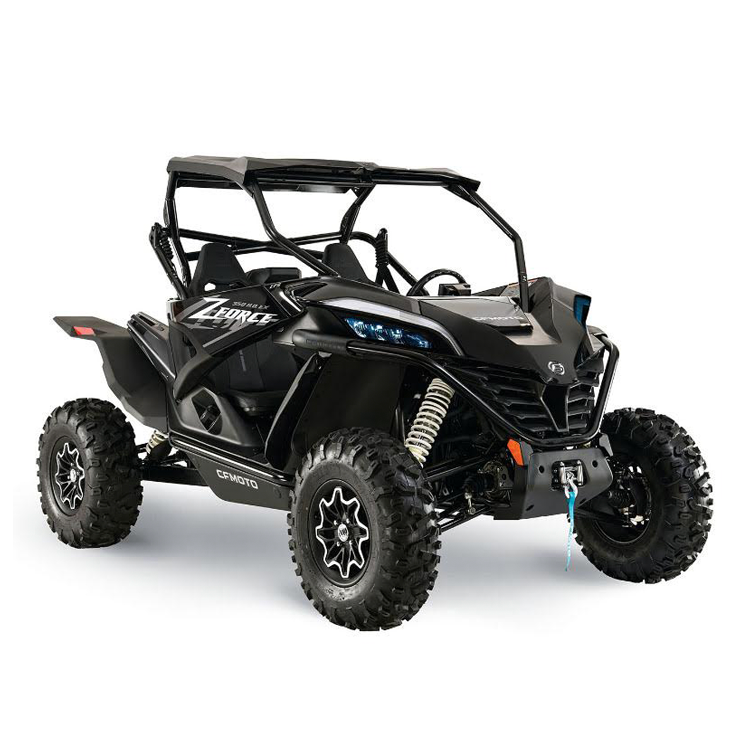 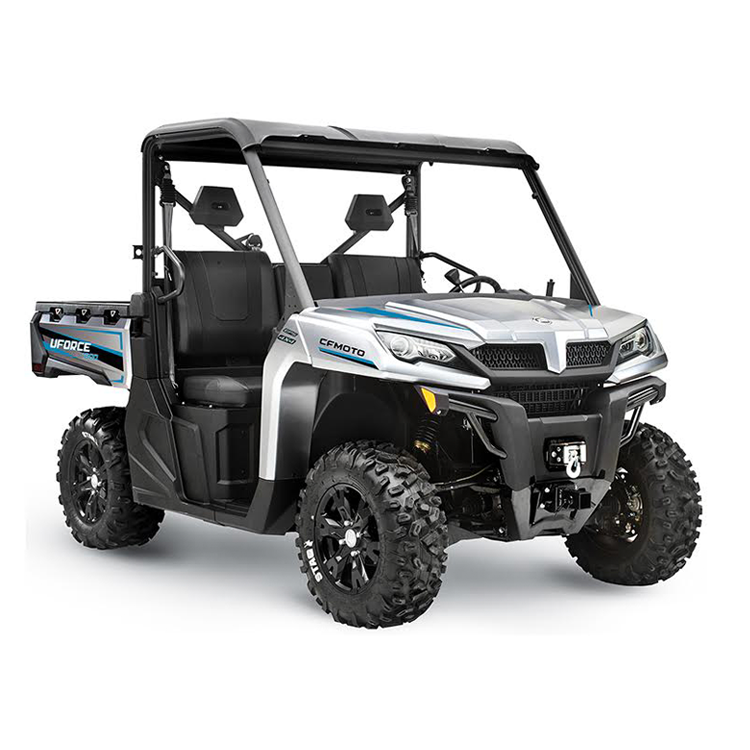 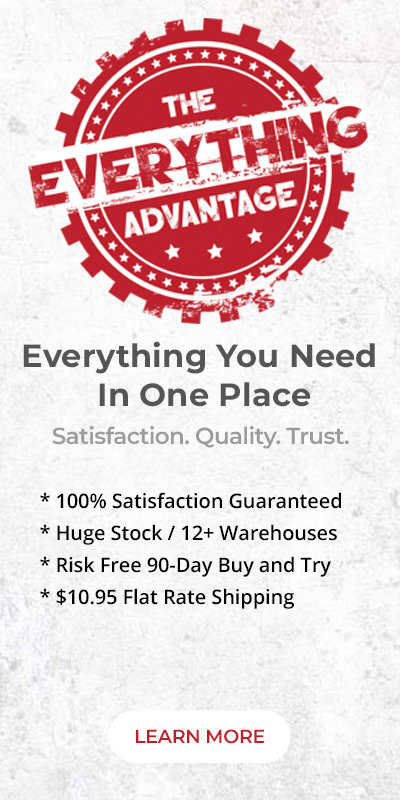 ​Buyer's Guide: A Comprehensive Look At Snow Plows For Your CFMoto UForce And CFMoto ZForce

​How To Lift Your CFMOTO Side-By-Side: The Best Lift Kits For The ZFORCE And UFORCE

If the places you ride are rutted up, bumpy, or riddled with rocks, using a lift kit to avoid undercarriage damage is a cheaper option than upgrading your skid plates. But the
read more

​What Is The Top Speed Of The CFMOTO ZFORCE And CFMOTO UFORCE?

Although they’re not as zippy as a turbocharged RZR or Maverick X3, the CFMOTO UFORCE and CFMOTO ZFORCE are both plenty fast. Compared to a Kubota or John Deere Gator, the UFORCE a
read more

If you’re reading this, chances are high that the stock tires on your CFMOTO side-by-side are just not up to par. It could be that you want taller tires for more ground clearance.
read more

About Us: The Everything CFMOTO Story

There are many retailers both online and off who sell products strictly for profit alone. And while there’s nothing inherently wrong with that, we here at Everything CFMOTO take a different approach. We have a passion for what we do, and a borderline obsession with offroading and powersports. It’s easy for us to empathize with our UTV-owning customers because we’ve been there. We know exactly how it feels to experience a flat tire in the evening on the way back to the trailhead, and have first-hand knowledge of the various parts and products that are helpful in such a situation. We’ve been bitten by the aftermarket bug, and have tasted both the bitter and sweet sides of the aftermarket accessory coin. Whether you’re whittling down your honey-do list with the help of a CFMOTO UFORCE 1000 and require some storage / cargo add-ons for increased efficiency, or ripping it up over double track in your CFMOTO ZFORCE 800 Trail and lacking the ground clearance needed to explore paths less traveled, get the right stuff on the first shot in a timely manner by choosing Everything CFMOTO for all your aftermarket side-by-side needs! From replacement parts and upgrades to maintenance items and more, there are few things we can’t help you with at Everything CFMOTO!

A pleaser for large families and work groups alike is the six-seater 2023 CFMOTO UFORCE 1000 XL. This big boy is similar to the standard 2023 UFORCE XL, only bigger! It’s got ¾-inch larger disc brakes for added stopping power, an extra inch (30mm) of ground clearance, and stiffer springs / stronger steering components to better handle increased cargo, greater passenger loads, and the extra weight of the vehicle itself. Get it in Galaxy Gray, Twilight Blue, or True Timber Camo!

The CFMOTO UFORCE 800 / 500 came to market in 2013, and the UFORCE lineup remained mostly unchanged until 2018 when the CFMOTO UFORCE 1000 was released. This Gen 3 UTV rivaled the big-name players in the UTV space, but after a few years, its small-size siblings were becoming increasingly obsolete. So in 2022, CFMOTO replaced the UFORCE 500 with the 40hp, single cylinder UFORCE 600 – which utilizes precise fueling and dual throttle mapping to be competitive with any other UTV in its class.

The 2022 CFMOTO UFORCE 1000 also received a couple updates. It now comes with a 3,500 Lb winch with both wired and wireless controls, an all-new display screen with adjustable brightness, and both a work mode and a normal mode. With the 2022 UFORCE 1000 you also get factory power steering, a stock roof, and your choice between Galaxy Gray or the new Midnight Blue. The arched front a-arms, full-length skid plate, and built-in mud guard below the dump bed on the 2022 UFORCE 1000 makes it great for trail riding. The vehicle also offers slidable seats and tiltable steering wheels for riders of any size, and with LED headlights as well as extra bright reverse lights, you can head out in your 2022 UFORCE before the sun rises and stay out long after it sets!

The 2022 CFMOTO ZFORCE lineup also underwent some drastic changes, the most notable being the newly-introduced 2022 CFMOTO ZFORCE 950 HO Sport. The seating was redesigned for the entire ZFORCE lineup to be more comfortable and fit a wider range of sizes and body shapes, and modern gauge cluster displays were added as well that change as you go from Sport mode to normal mode (formerly ECO mode). Regarding the 2022 950 HO Sport, the vehicle’s horsepower jumped 14% and is pushing 90HP (compared to 79HP from the 2021 950 Sport), and a more free flowing exhaust was added which couples with a newly-designed CVT cover with built-in venting to achieve 20% cooler belt temps.