​What Is The Top Speed Of The CFMOTO ZFORCE And CFMOTO UFORCE?

Although they’re not as zippy as a turbocharged RZR or Maverick X3, the CFMOTO UFORCE and CFMOTO ZFORCE are both plenty fast. Compared to a Kubota or John Deere Gator, the UFORCE and ZFORCE are like cheetahs. And when you pit them against machines like the Kawasaki Mule, Arctic Cat Prowler, or even the Polaris Ranger XP 1000, the UFORCE and ZFORCE still come out on top in terms of top speed. But how fast can a CFMOTO side-by-side actually go? Keep reading, because we’re about to tell you!

What Is The Top Speed Of A CFMOTO UFORCE?

There are several variables that can affect the top speed of your CFMOTO UFORCE. Obviously, you’re going to get a slower top speed – around 25 MPH – when the vehicle is in low, but what about when you stick it in high and go pedal to the metal? Well, it will still depend on whether you’re in the UFORCE 800, the UFORCE 600, or the UFORCE 1000. You also have to factor in your weight, the weight of your passengers, and the weight of your cargo, the incline / condition of the road you’re driving on, and the wind speed / direction.

In an ideal environment with a stock CFMOTO UFORCE 1000, you can hit top speeds of around 60 MPH in Normal mode, or 65-70 MPH in Work mode. Although the UFORCE is a bit jerky at lower RPMs, it’ll consistently beat a Maverick 1000 Sport MAX off the line for the first 30-50 feet… but after that the Maverick will take the lead handedly. The low-end power of the UFORCE is amazing, and the ride definitely smooths out after 15 MPH or so.

When topping out your UFORCE, keep in mind that the speedometers in CFMOTO vehicles aren’t the most accurate of measuring devices, and you’ll lose some speed of the top end if you install bigger aftermarket tires. Plus, in real-world applications, you might find that 60-62 MPH is all you can hit in your UFORCE with passengers and cargo onboard.

What Is The Top Speed Of A CFMOTO ZFORCE? 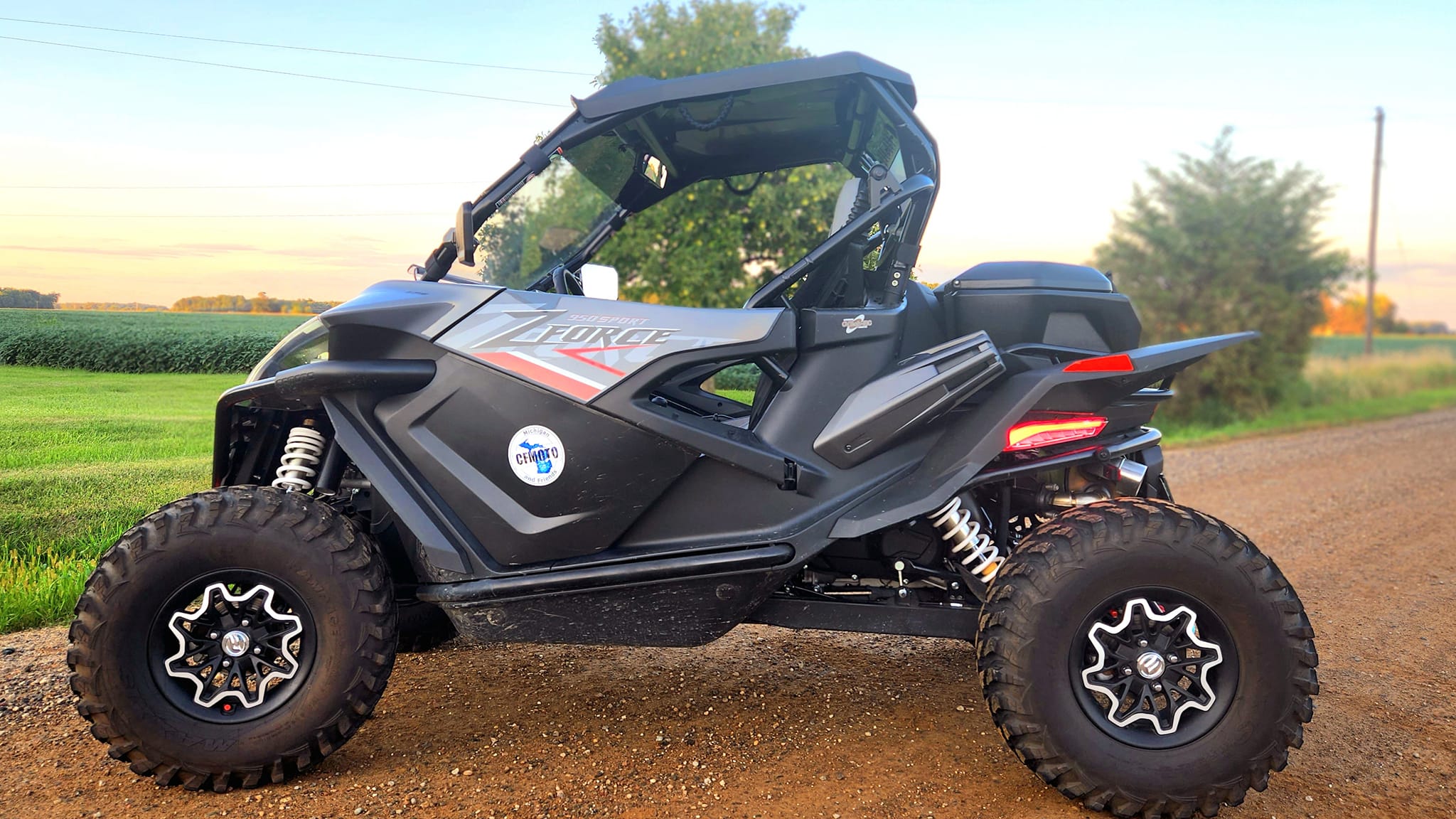 Regardless of whether you’ve got the CFMOTO ZFORCE 800 EX, the ZFORCE 950, or the ZFORCE 950 HO, you should be able to go 70-75 MPH with the vehicle in Sport Mode. If not, you’ve probably got issues with your clutch, the fuel you're using, or the air filter.

While some ZFORCE owners have gotten their machines into the mid 80 MPH range, the dash displays are 5-10% off, and you’re actually going slower than the speed readout that's shown on the screen. So if your speedometer says you’re going 70 MPH, you’re probably only going 65 MPH when measuring with a GPS.

With some clutch reconfigurations and an MSC Tune, you might be able to achieve top speeds greater than 75 MPH – provided that you’re on flat ground (or going downhill) and riding on paved surfaces. On loose terrain, you’ll probably max out at a top speed of 55-60 MPH. Plus, your ZFORCE won’t be happy if you push it balls to the wall for extended periods of time.

As far as clutching goes, you can reclock to the b2 position when running 28” tires and not lose anything off the top end. But if you want to optimize your ZFORCE clutch setup for top speeds, running a 1020 primary clutch spring with 24 gram weights and reclocking the secondary spring to the A1 position should do the trick nicely!

Most CFMOTO owners don’t need to max their machines out every time they ride. And if you’ve got a need to hit speeds over 80 MPH, you may as well just get in your car and drive on the interstate. With a tune, exhaust, and some clutch work, you’ll be able to increase the top speed of your buggy… but not by much. A stock ZFORCE 950 can keep up with just about any other vehicle at the dunes, and a stock UFORCE 1000 is sure to not drag behind on wooded trails.

If you’re in a hurry, a CFMOTO UTV won’t get you there the fastest, but it won’t leave you in the back of the pack either. For those who want to do 70 MPH through the woods, a dirt bike is a solid option. But if you want to crawl, dig, and smash through anything that gets in your way, a CFMOTO side-by-side will not disappoint!